Award-winning artist based in Cambridge, UK

Georita Harriott trained at Middlesex Polytechnic and the University of Cambridge.

She is a freelance botanical illustrator for Kew Gardens in London. She has won three Royal Horticultural Society gold medals, for drawings for the Kew Gardens Lavandula Monograph, Passiflora drawings (available as prints on this website), and Lathyrus watercolour drawings. The Passiflora were drawn from the glass house collection at Cambridge University Botanic gardens.

She is also known for her work on the Cambridge edition of Curtis Botanical Magazine. 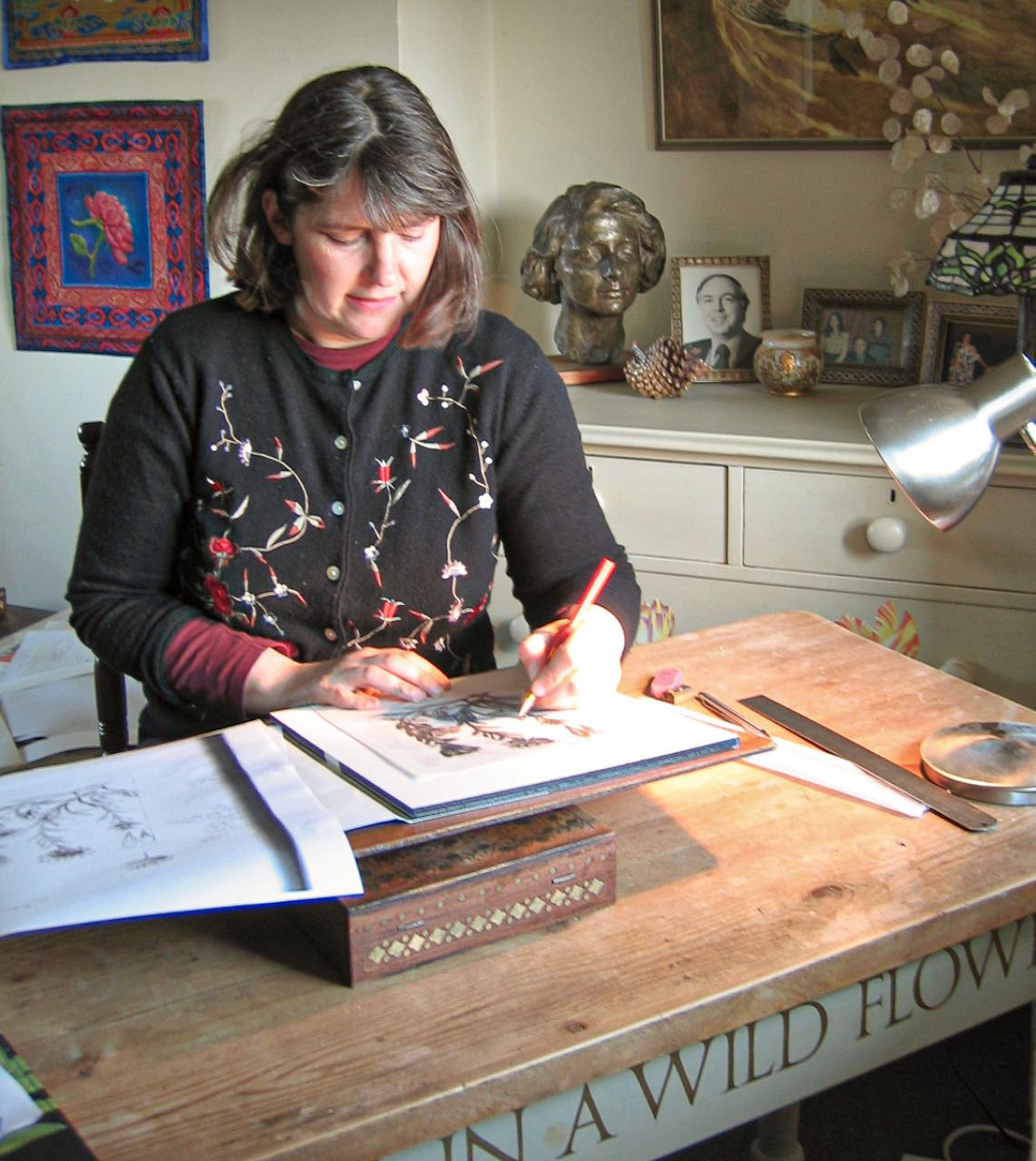 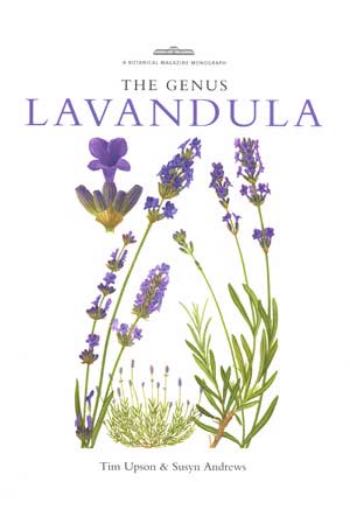 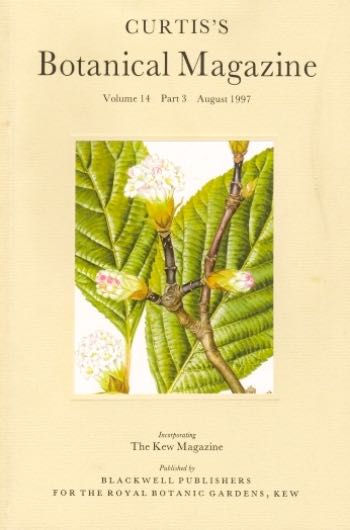 The cover illustration is by Christabel King; two illustrations inside the volume are by Georita Harriott 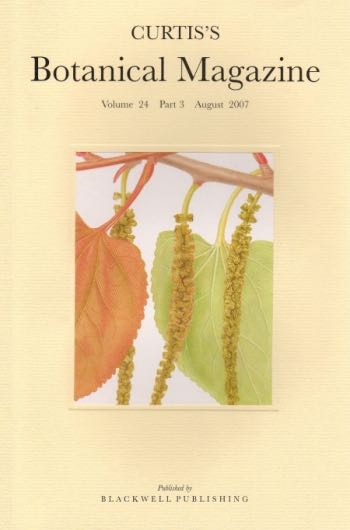 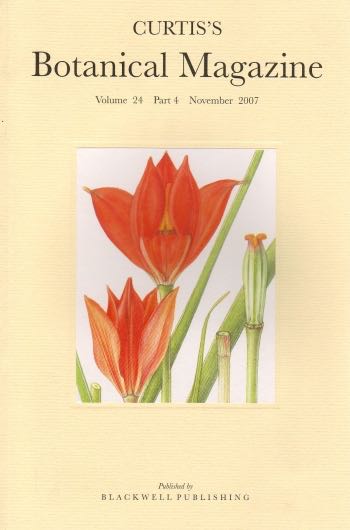 The cover illustration is by Joanna Langhorne and two illustrations inside the volume are by Georita Harriott.

The Botanical Magazine, later called Curtis’s Botanical Magazine, and usually known affectionately as Bot. Mag. was founded by William Curtis in 1787. In the original preface to the first part, published on February 1st, Curtis wrote that it was produced in response to the to “the repeated solicitations of several ladies and gentlemen, subscribers to the author’s Botanic Garden” for “a work in which Botany and Gardening, or the labours of Linnaeus and Miller, might happily be combined”, and further expecting that the subscribers should “wish to become scientifically acquainted with the plants they cultivate”. The first part contained three plates, hand coloured engravings of Iris persica, Echinacea purpurea and Eranthus hyemalis, and the Magazine was an instant sucess, soon reaching over three thousand subscribers.

Curtis himself was the son of a tanner in Alton, Hampshire who trained as an apothecary and became in 1773, Praefectus Horti and demonstrator at the Apothecaries’ garden in Chelsea, now in the Chelsea Physic Garden. The first illustrators were William Kilburn, James Sowerbury and later, Sydenham Edwards. After William Curtis’s death in 1799, Dr John Sims, who had studied in both Leiden and in Edinburgh, became editor and under his guidance the magazine became more scientific and the name became Curtis’s Botanical Magazine. Sims relied on experts for the descriptions of many of the new species illustrated, and several, such as William Herbert, Dean of Manchester, an expert on the Amaryllidaceae, also provided the paintings for the engraver.

In 1827 William Hooker, then Professor of Botany at Glasgow, became editor and so began an association with the Hooker family, after 1841 with Kew, when Hooker became the first director of the Royal Botanic Gardens. Hooker brought with him from Scotland a young artist, W. H. Fitch, who became the main illustrator until 1878 when he resigned after mounting disagreement with Sir Joseph Hooker, son of Willliam and then also Director of Kew. Fitch was incredibly proficient and prolific, initially producing paintings for the engravers, later becoming an accomplished and prolific lithographer himself.

The aftermath of the First World War nearly caused the demise of the magazine as the publishers could no longer afford its losses, but at a dinner after the Chelsea Flower Show in 1921, Henry Elwes of Colesbourne persuaded his friends Lionel de Rothschild and William Cory to join him in buying the copyright for £250; this they handed over to the Royal Horticultural Society. The association with Kew remained however, and Otto Stapf became editor, with Lilian Snelling as chief artist. Untill 1948 the plates continued to be hand-coloured, but from 1949 colour printing was used and Stella Ross-Craig, whose husband Robert Sealy acted as editor, became the main artist. The Royal Horticutural Society remained as publishers, with Sir George Taylor, Director of Kew, as editor untill 1970, while Margaret Stones became chief artist. Sealy retired in 1968, to be succeeded by David Hunt, who was editor from 1970-1982. In 1970 copyright was taken over by the Bentham-Moxon Trust, and in April 1984 the magazine was renamed The Kew Magazine, with Christopher Grey-Wilson as editor, succeeded by Victoria Matthews. Under the current publisher, Blackwell Publishing Ltd, and the editorship of Brian Mathew, from 1994 untill 2002 the magazine reverted to its former title and Christabel King became, and is now, the principal artist. Martyn Rix is the current editor.

Georita Harriott has been a part time tutor in botanical illustration, the history of botanical painting and natural history illustration, since 1995 when she first started as a tutor for Madingley Hall, Cambridge University, after graduating with a PGCE in Art from Homerton College, Cambridge in 1994.

She has taught in a wide varity of institutions over the past 20 years, including the government’s gifted and talented program for gifted children. She has been a scholarship tutor for St Faiths Preparatory School in Cambridge, where she taught a weekly after-school class, and a tutor for both Madingley Hall and Cottenham Village College, on their adult education programmes.